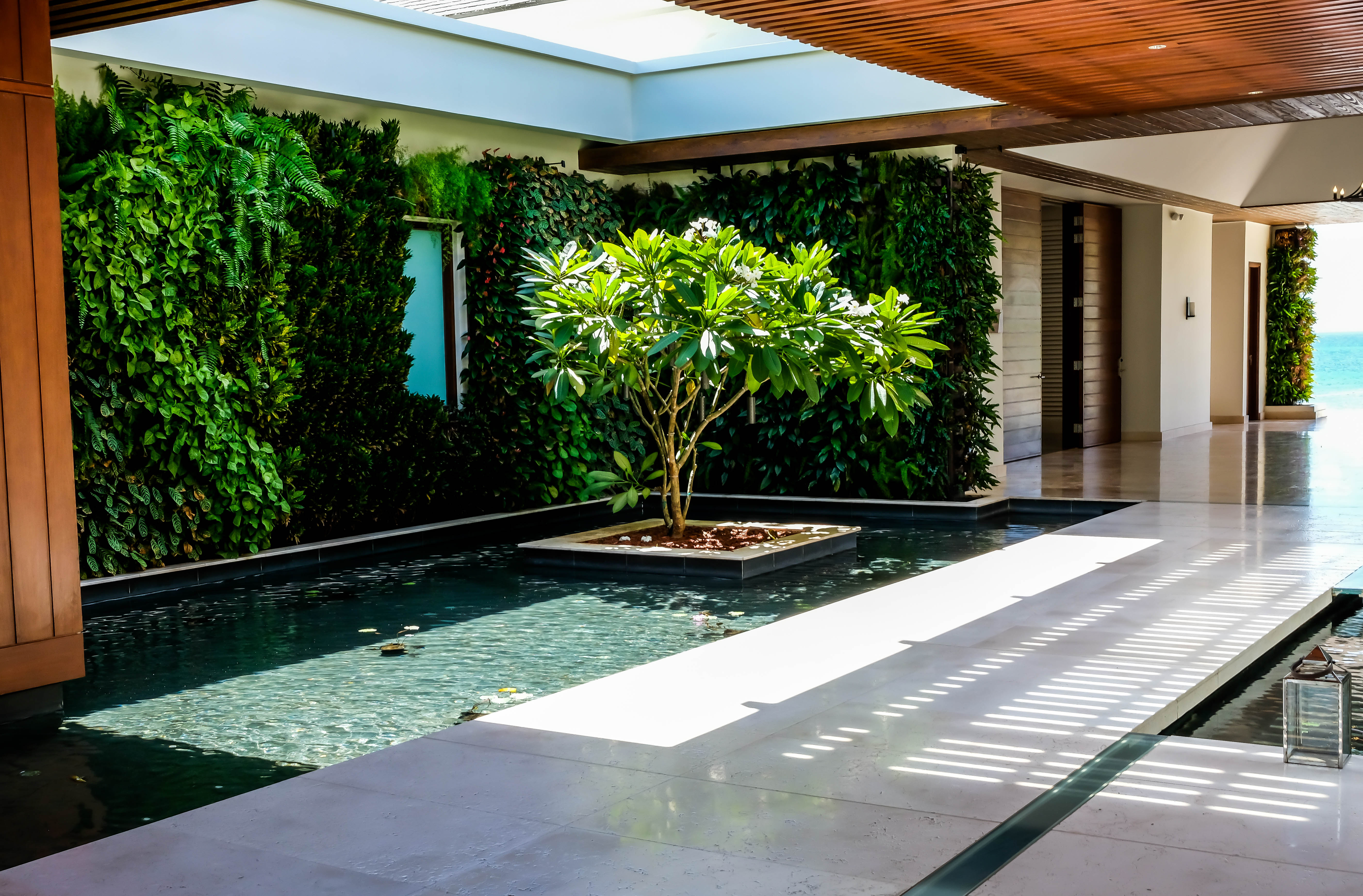 I had the opportunity to visit the Park Hyatt St Kitts for a short weekend.  It’s a very new Hyatt in the Caribbean, (one of only six) and was highly anticipated when it opened November 2017.  If you’ve followed me for any length of time, you already know I have a fondness for Hyatt and do hold their credit card.  I was thrilled that the Park Hyatt St Kitts was finally open for reservations.

I was trying to take this trip entirely on points, and because I’m in Houston, United is generally the airline I fly.  I booked my flight with points and had a connection in San Juan.  The second leg of my flight was United’s codeshare partner, Seaborn Airlines.  My flights were uneventful on my way to St Kitts; not so much on my way home.

When I book a room using points, I find it tends to be a less desirable view or location.  I was beyond pleased with my beautiful room for the weekend.  It was dark when I arrived at the hotel, so I had no idea what my view would be.  I was given a ride (by golf cart)  around the property to help me get my bearings before I was taken to my room. 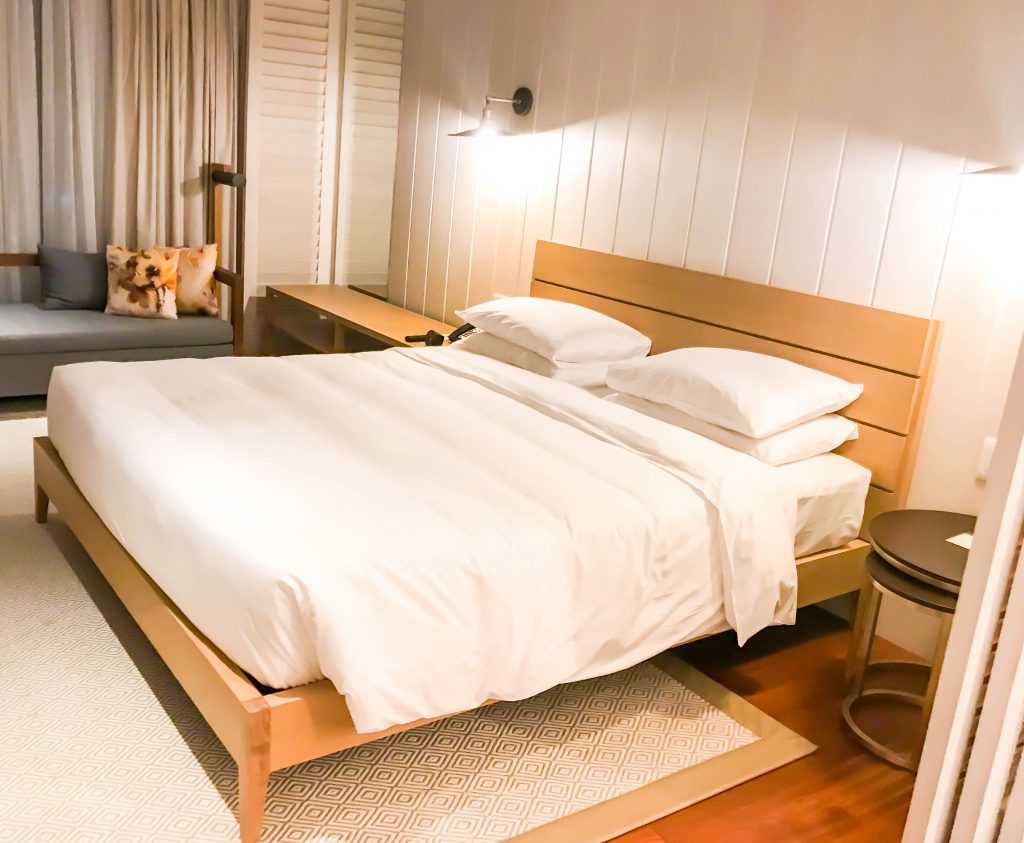 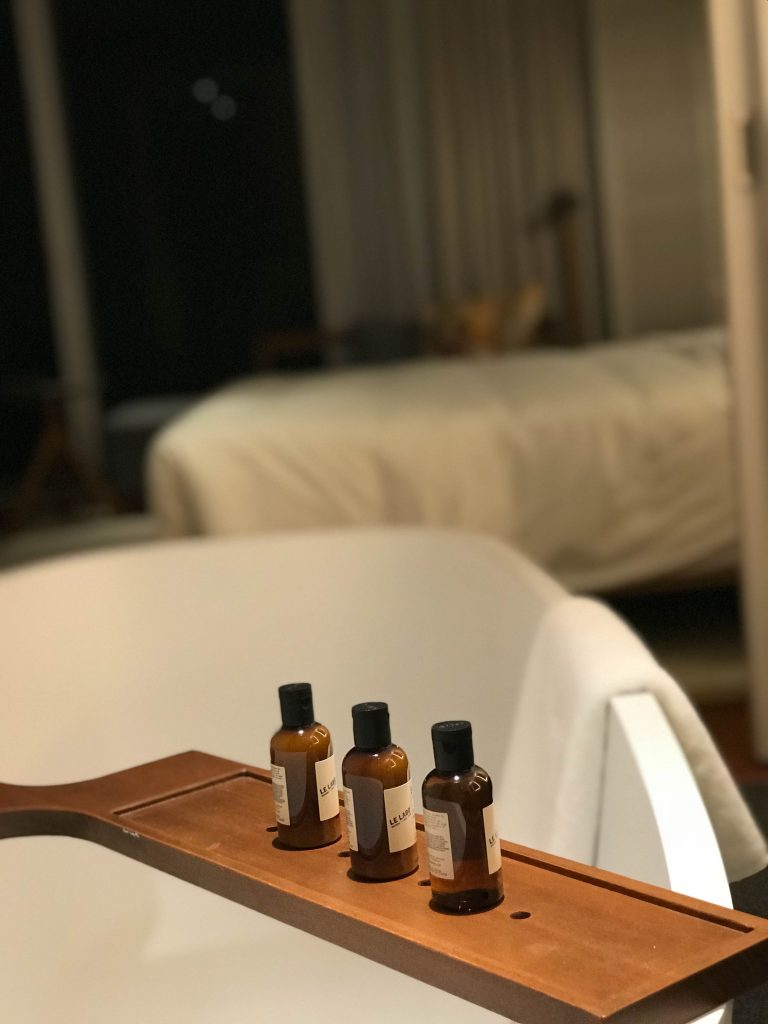 The room was open and airy, with sliding shutters to close off the bathroom.  The WC was separate from the rest of the bathroom, which added more privacy than just the shutters.

View from my Balcony

When I woke up the next morning, I was fully expecting to see the back of a building when I walked out onto my balcony.  Surprise!

That would be the island of Nevis off in the distance, not the back of a building!

My trip was meant to be a short one, just enough time to get a feel for the property and its layout.  Man, did I regret that decision!  In hindsight, I would have opened up my schedule to stay a bit longer.

I spent the morning exploring this huge property.  Park Hyatt St Kitts has three restaurants:  The Great House, The Fisherman’s Village and The Stone Barn.  Since I was only visiting a short time, I was unable to check out The Stone Barn. 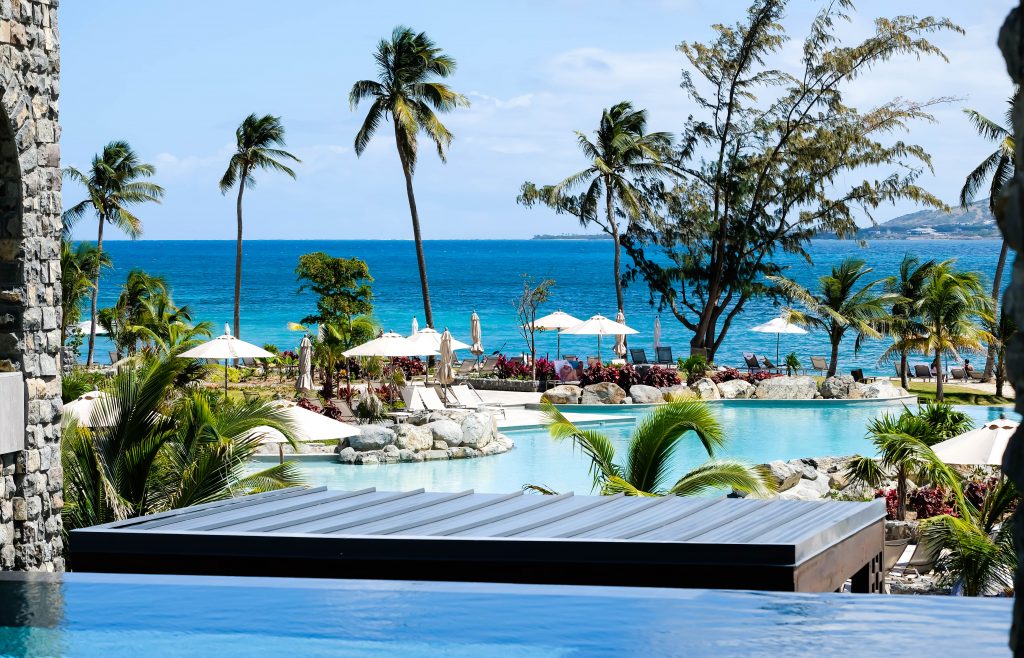 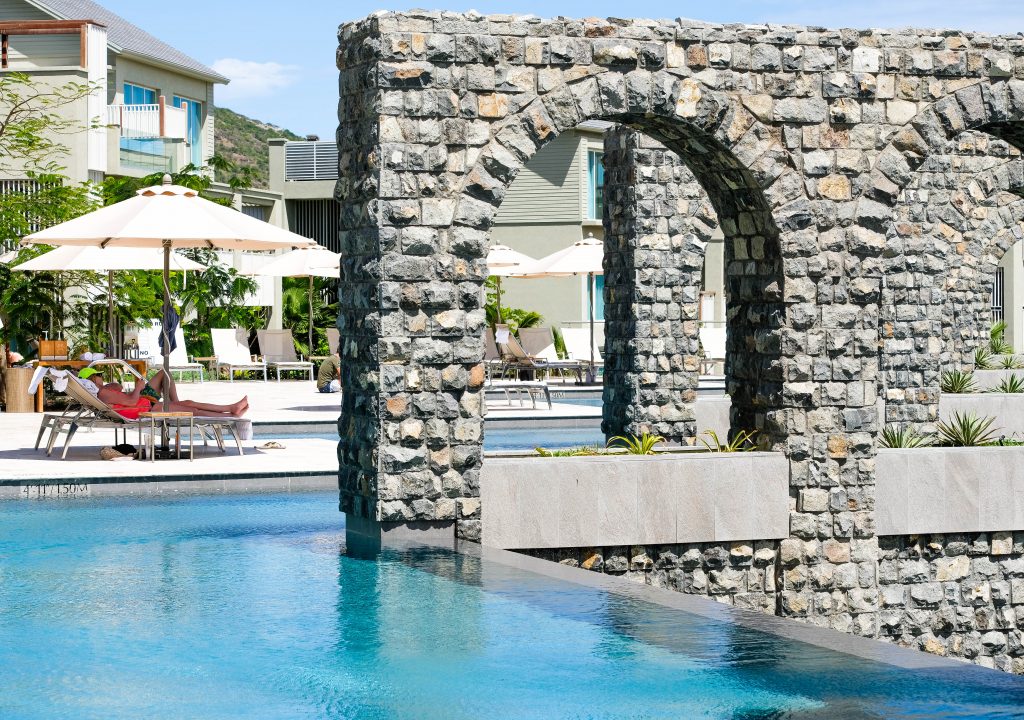 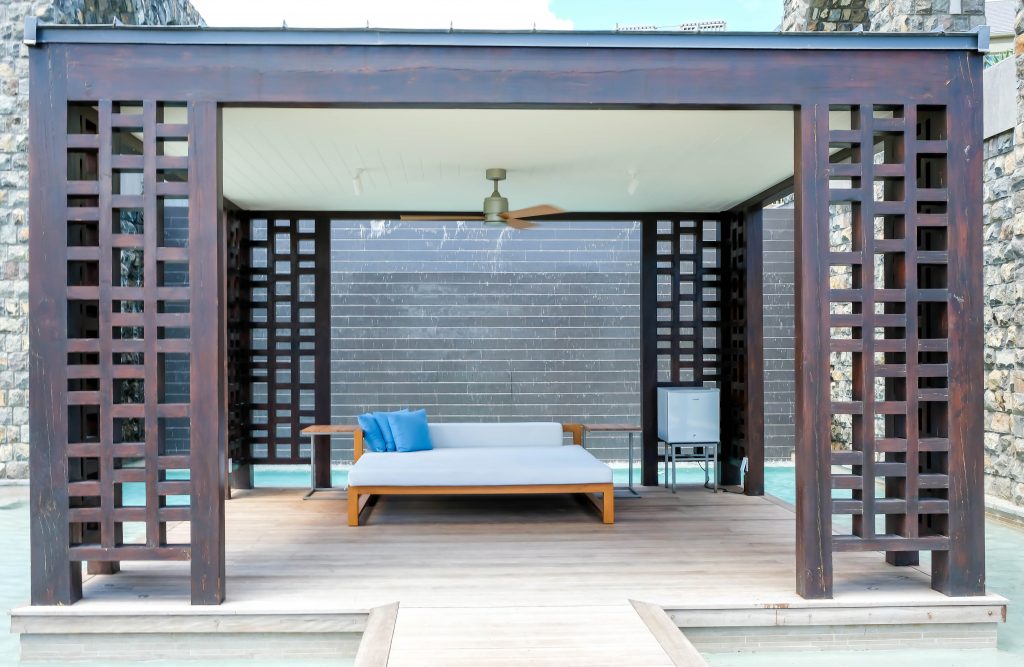 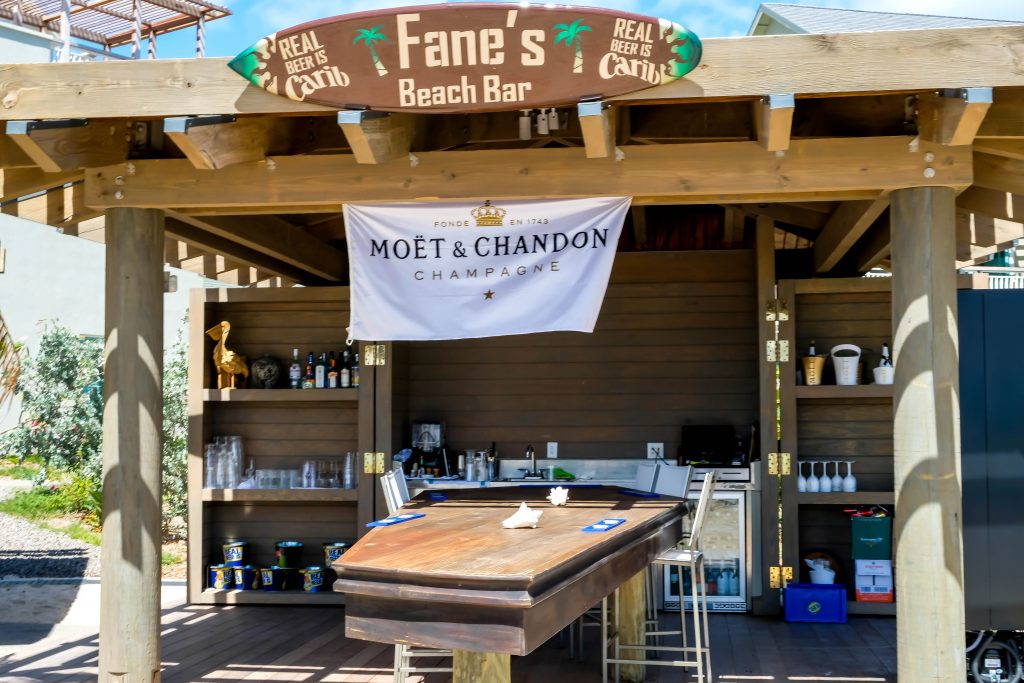 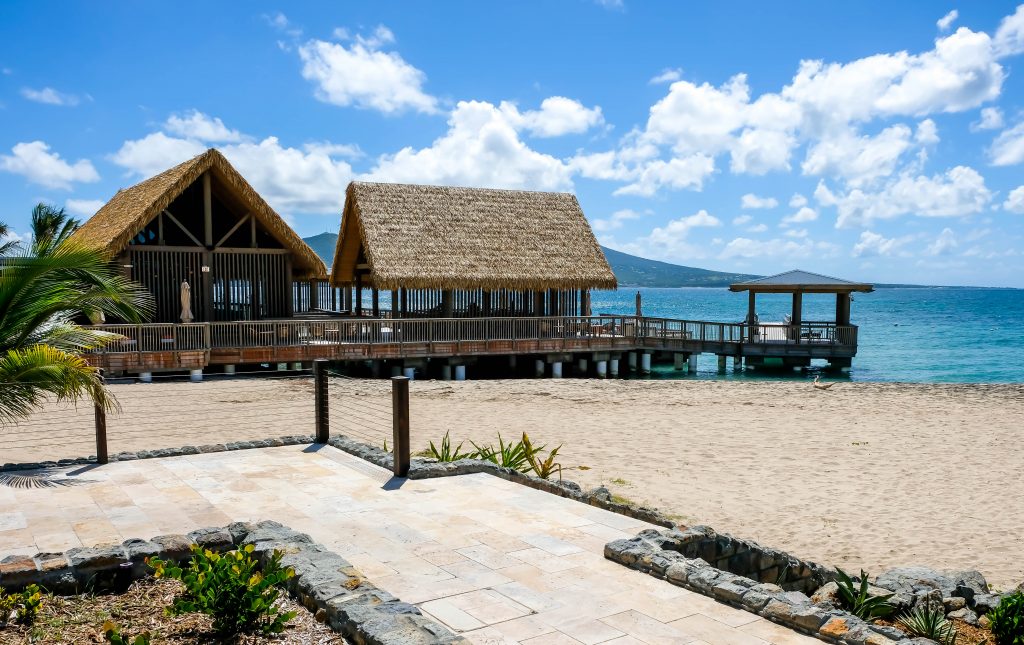 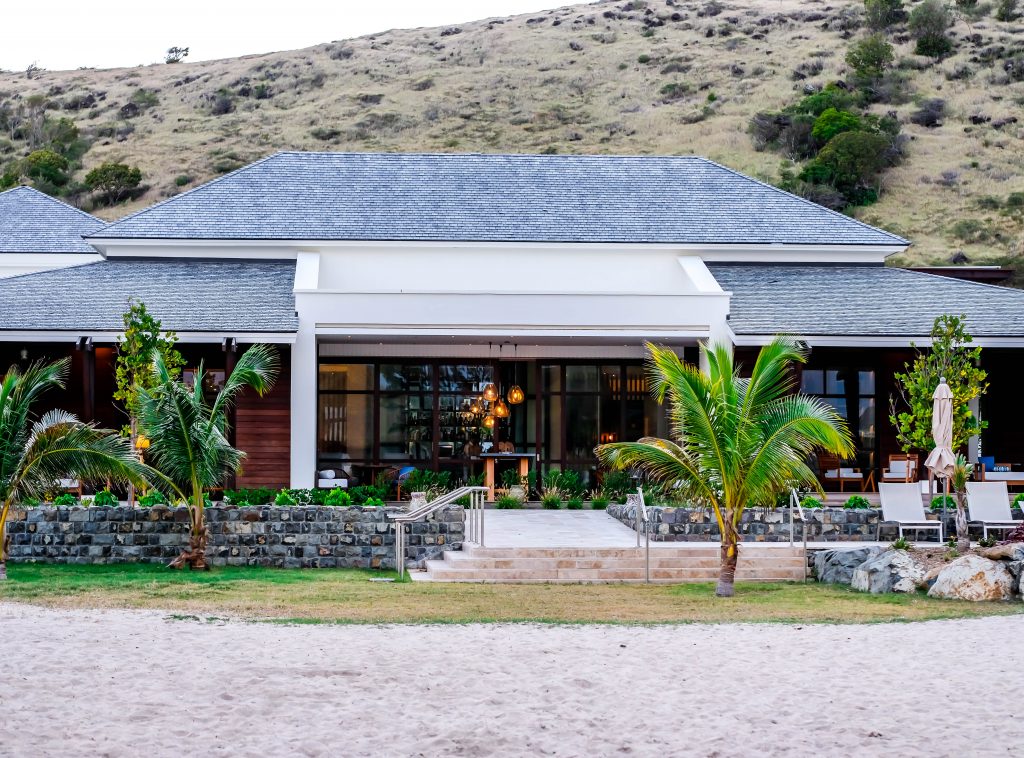 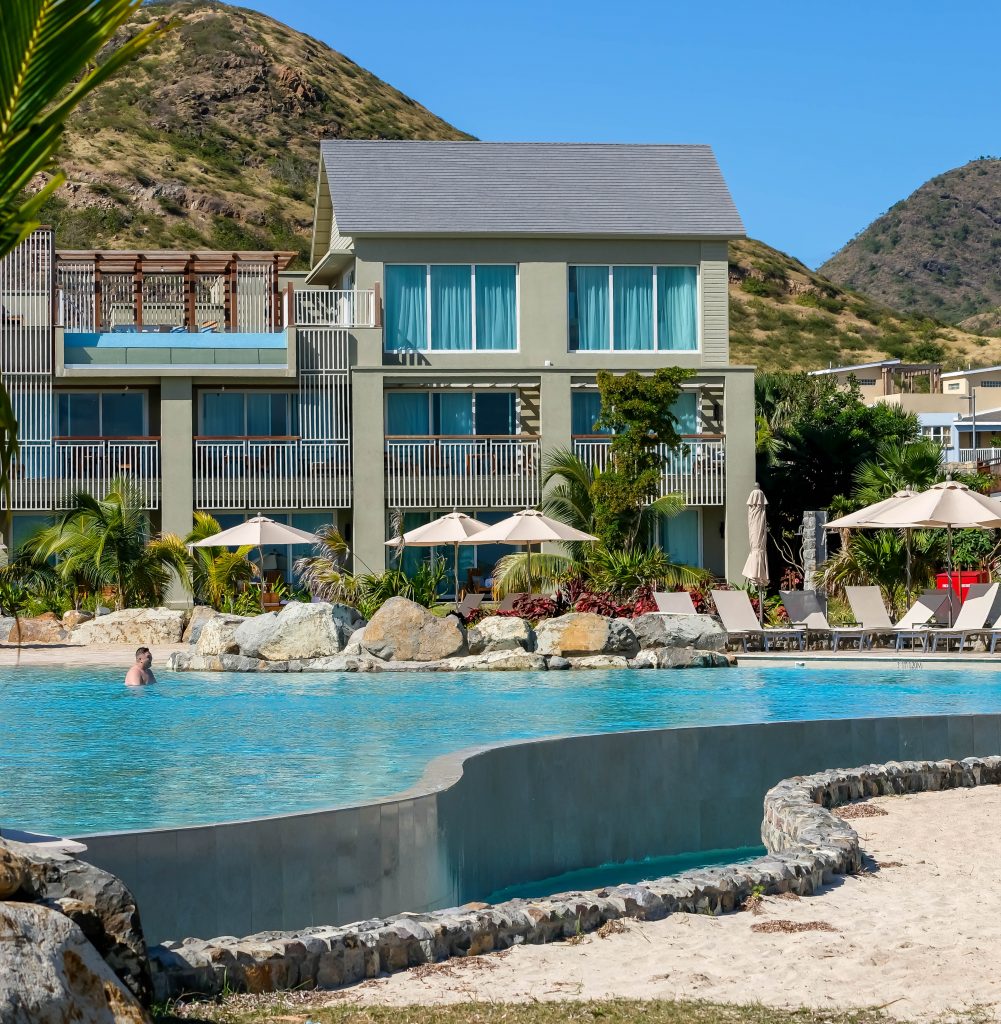 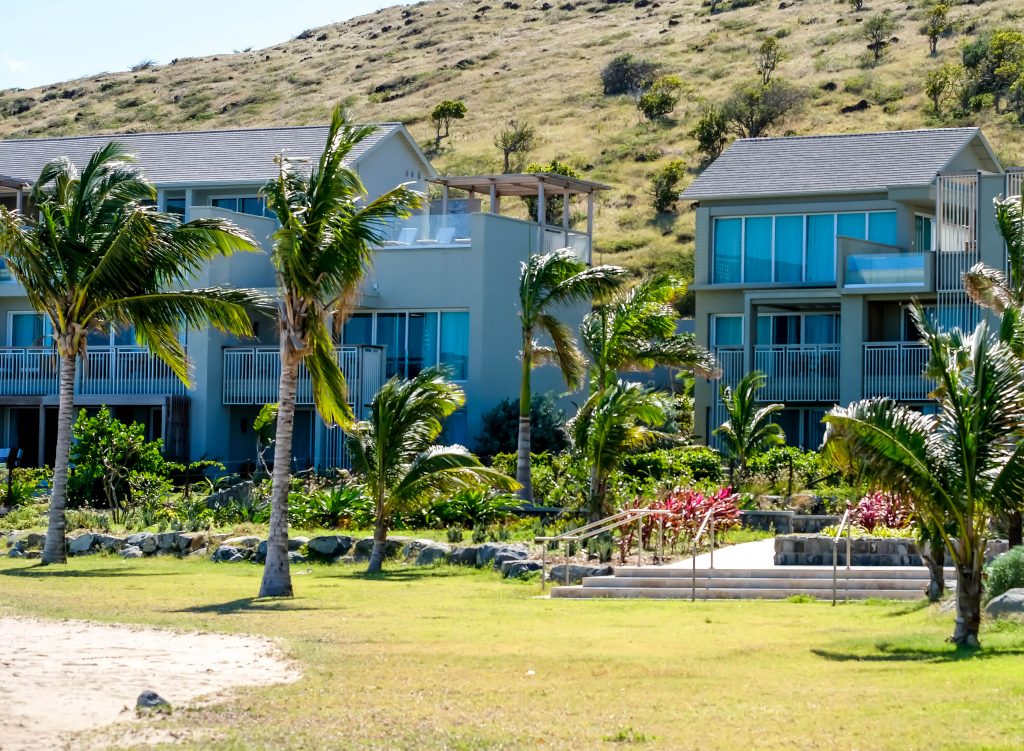 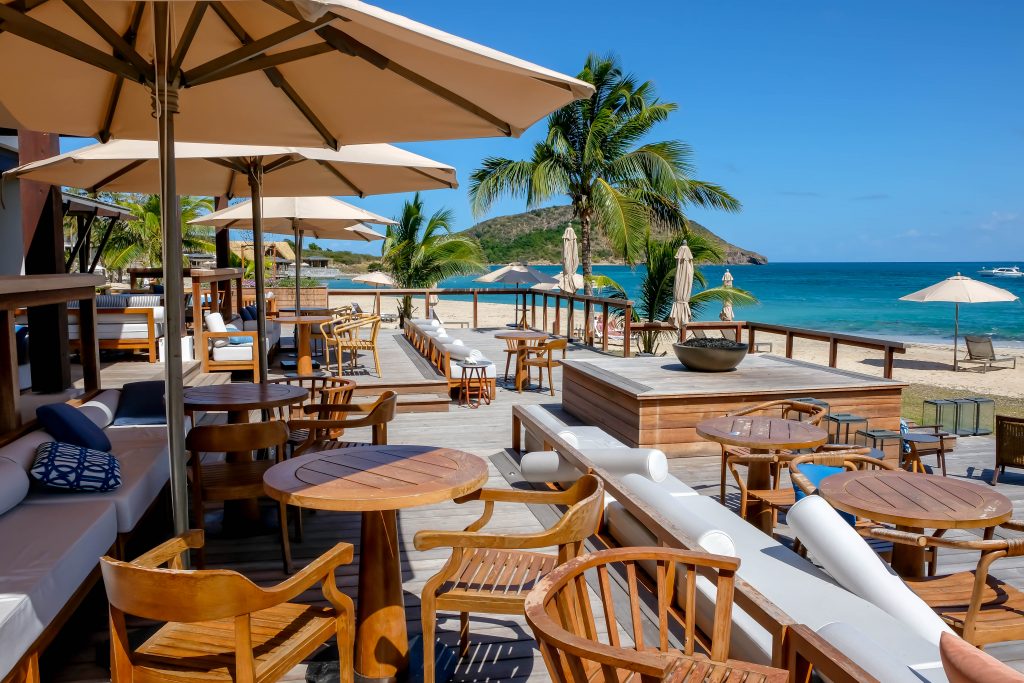 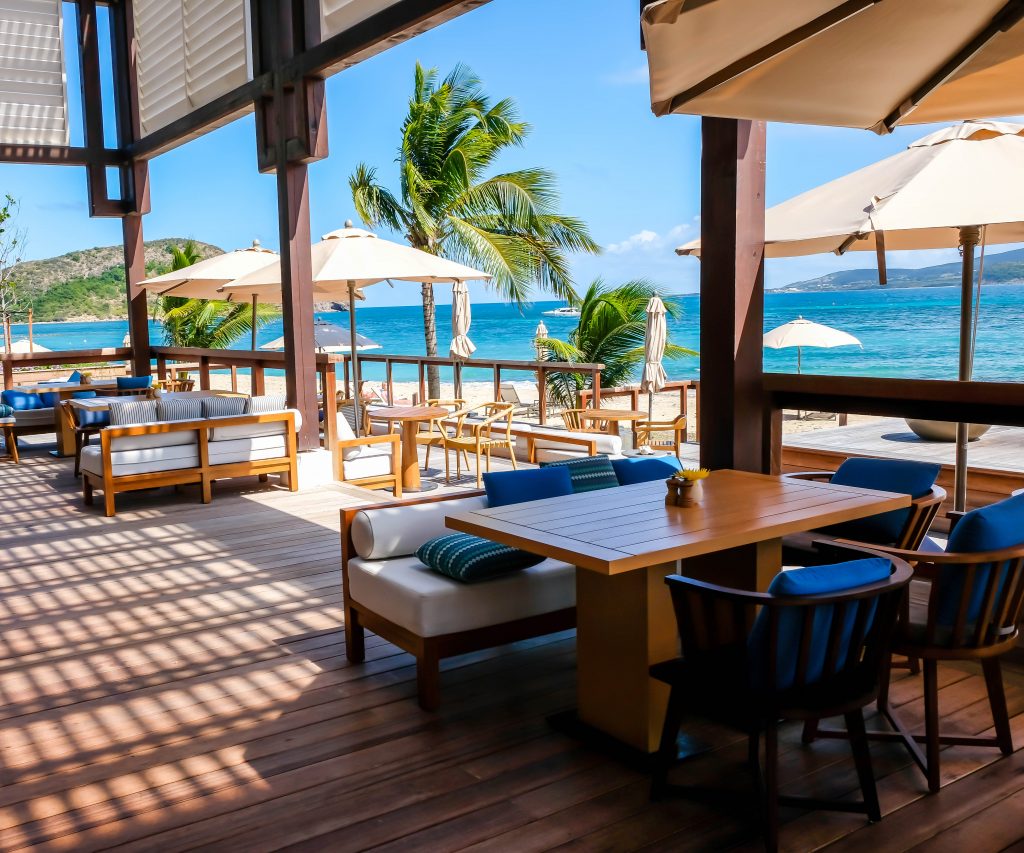 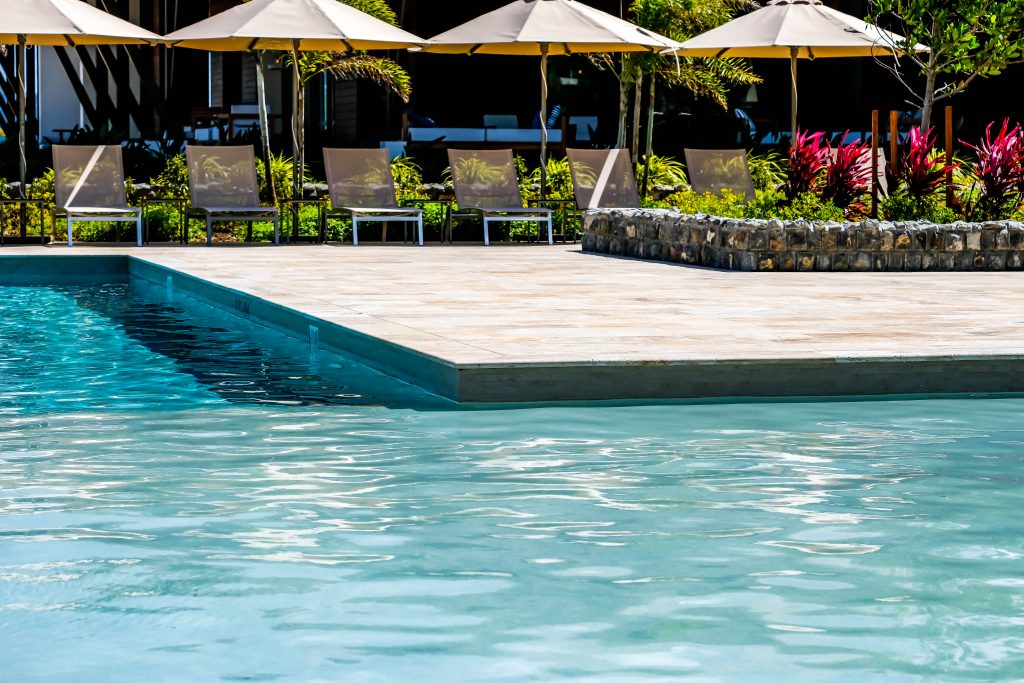 The hotel offers two pools.  One is adult only and is the furthest away from the beach.  The family pool is larger and is closer to the beach. Snorkel gear can be rented at the beach and there is also a small beach bar for easy access to cocktails for the beach folks.

As I was wandering around, taking pictures, I’m sure I looked lost (I was).  A very nice gentleman took pity on me and asked if I needed assistance.  He introduced himself after he pointed me in the right direction.  I just happened to be talking to Mark Guthrie, who is the Director of Sales and Marketing for the hotel.  He took it a step further and asked if I wanted to see any of the other rooms while I was looking around.  Well, of course, I did!

Since I was staying at the hotel on points, my room, while beautiful, was not spectacular.  Those were on the floor above me!

Mr. Guthrie took me to see two different Nevis Peak Suites; one with a king bed and one with two double beds.  These suites offer amazing views, private plunge pools and are just stunning.  Have a look through my pictures below:

On my tour, we walked by the Spa, which I, unfortunately, did not have time to check out.  I did have a chance to go inside the sugar mill that is still on the property.  Yoga and meditation classes are held in here.  It was so serene and quiet inside! 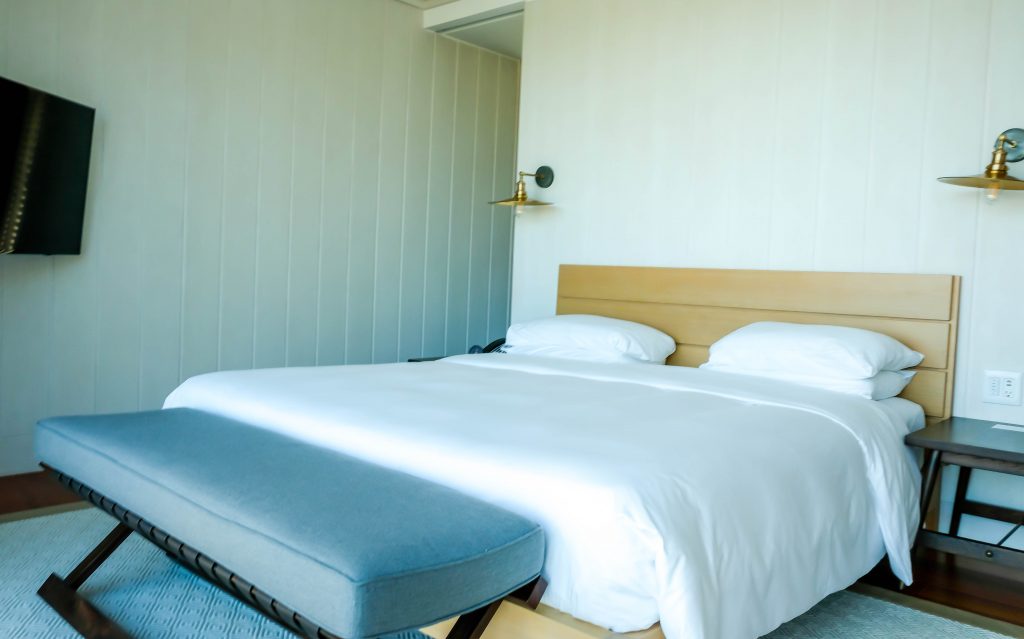 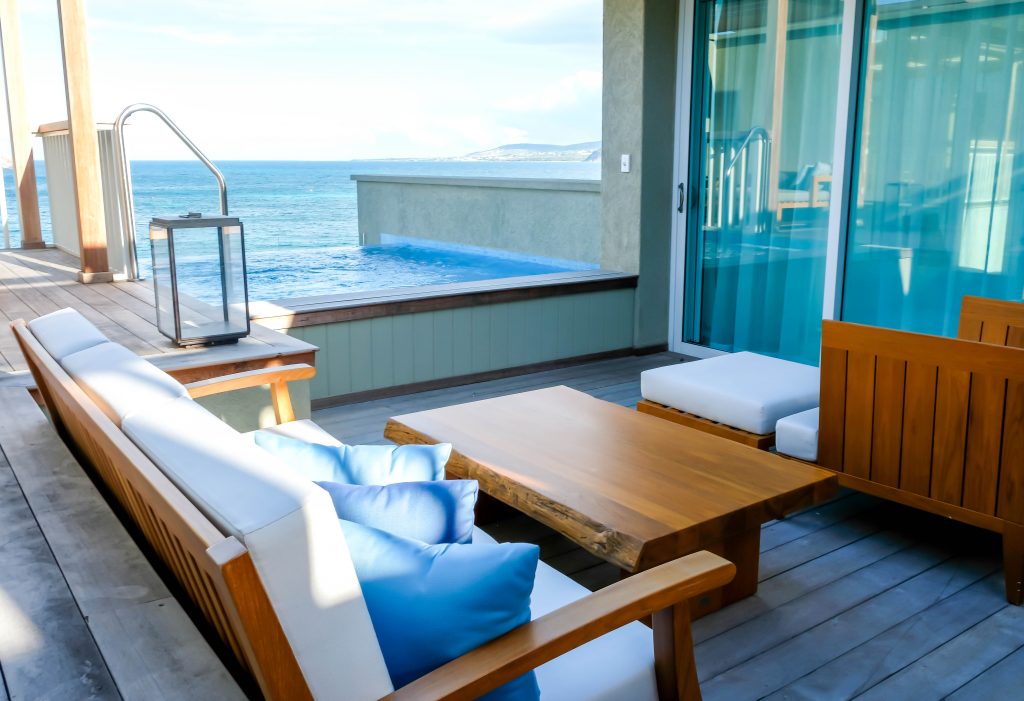 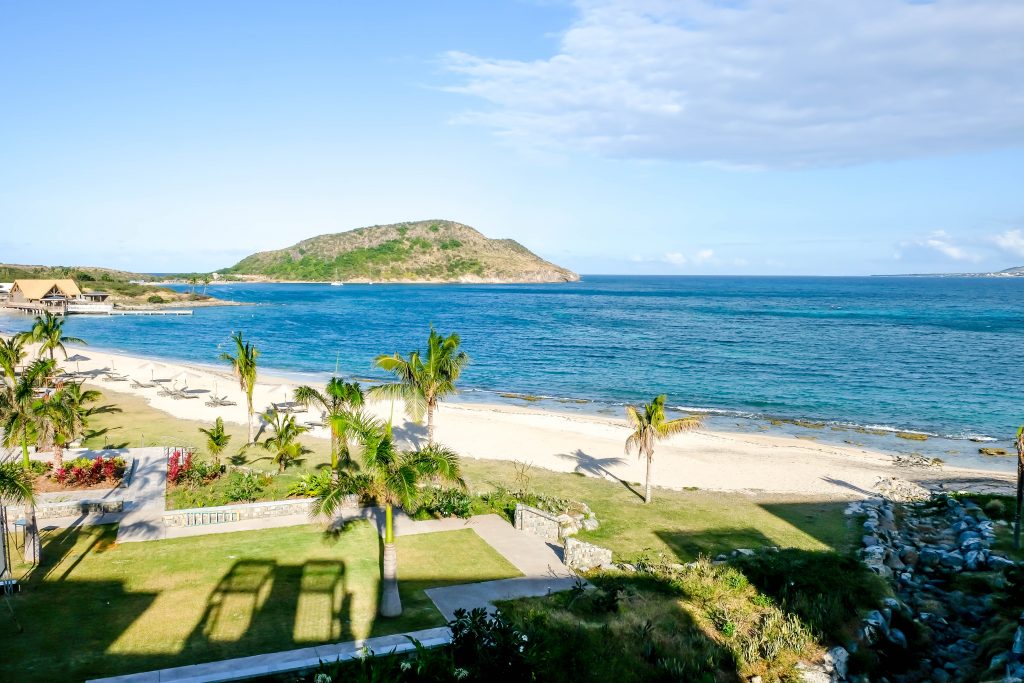 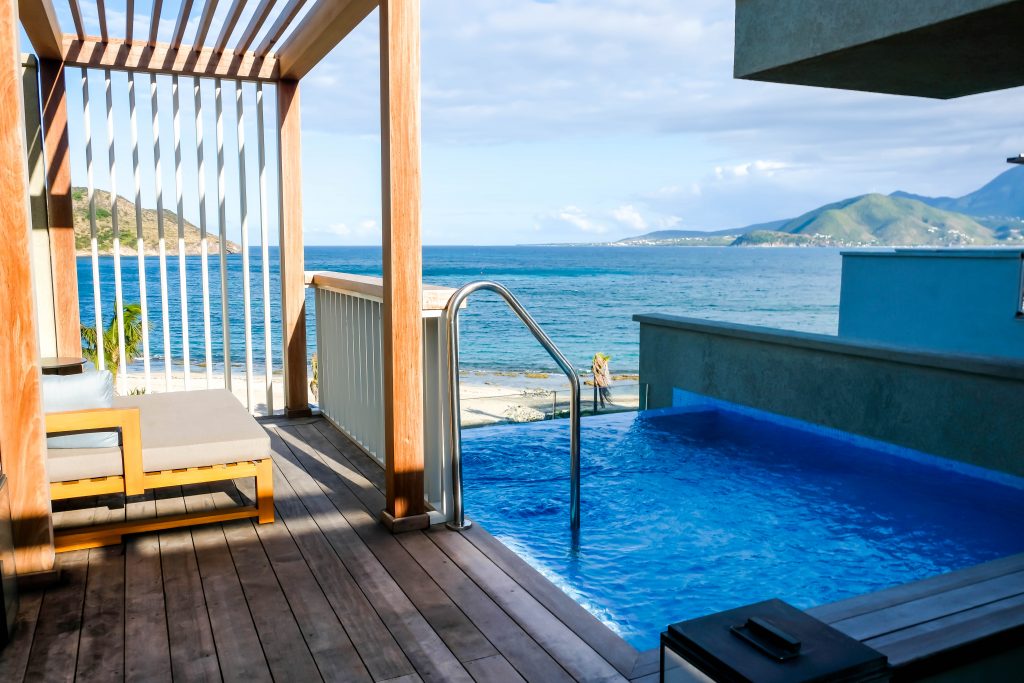 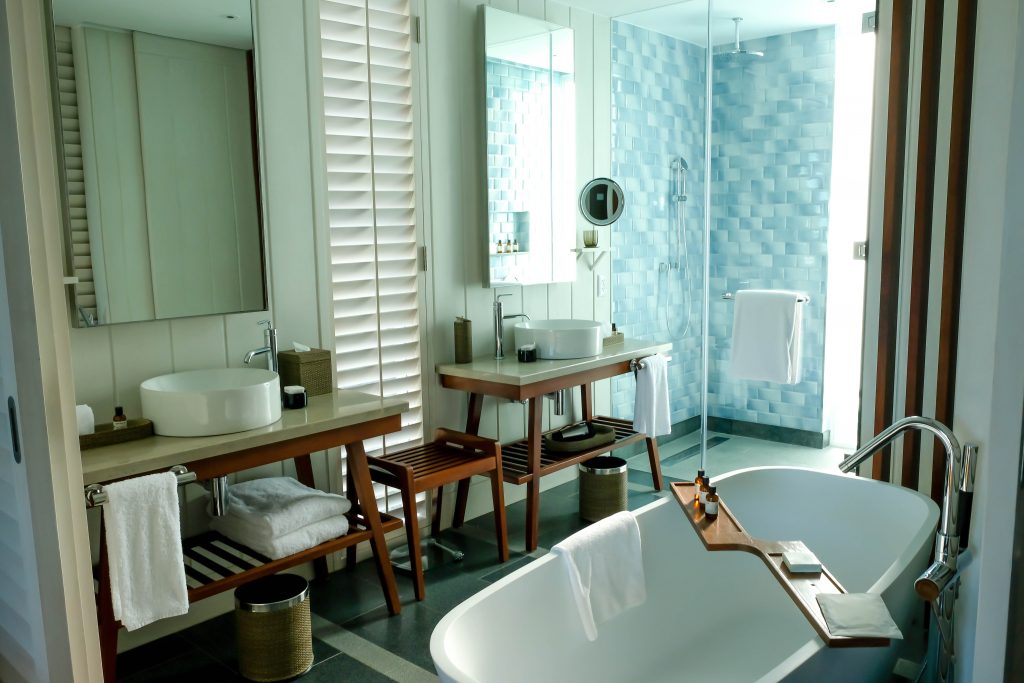 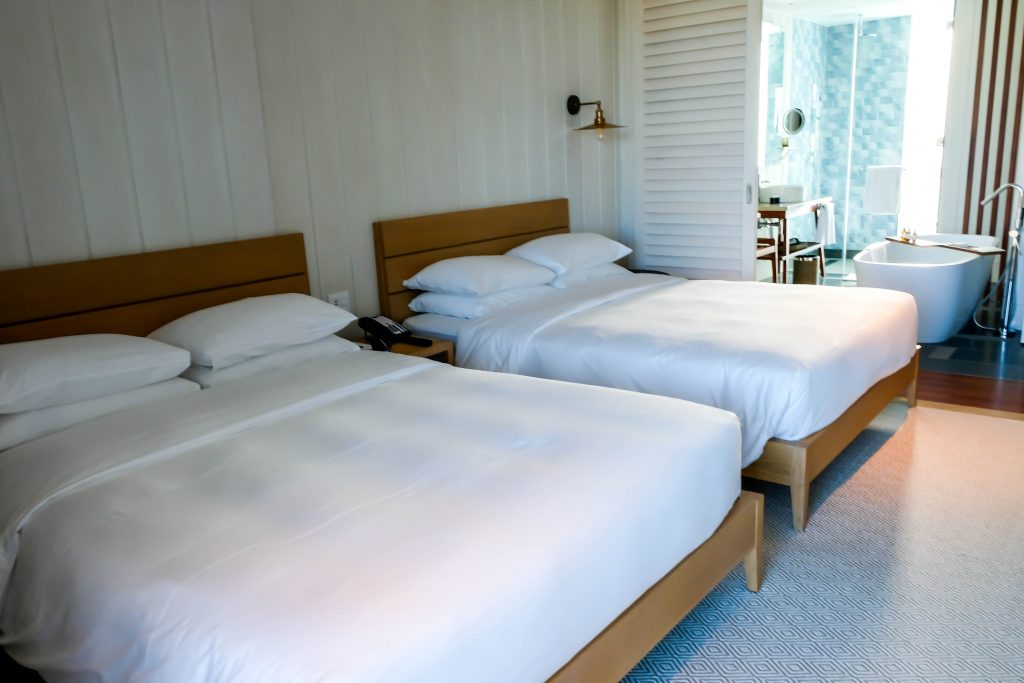 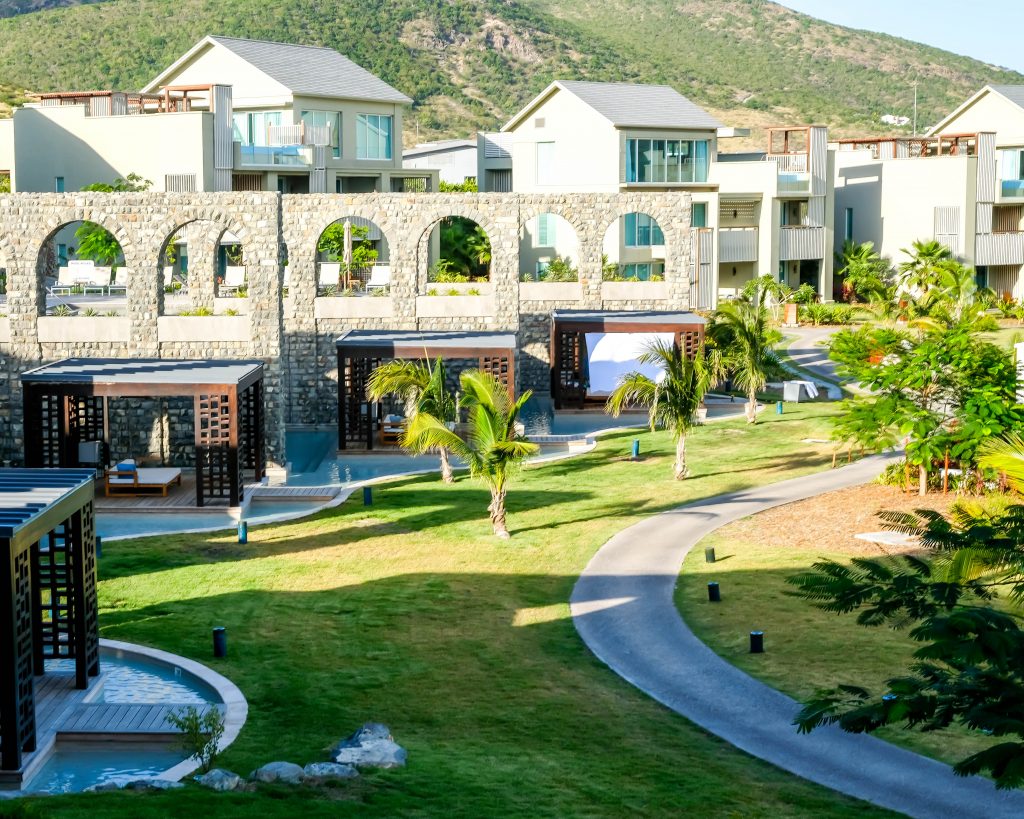 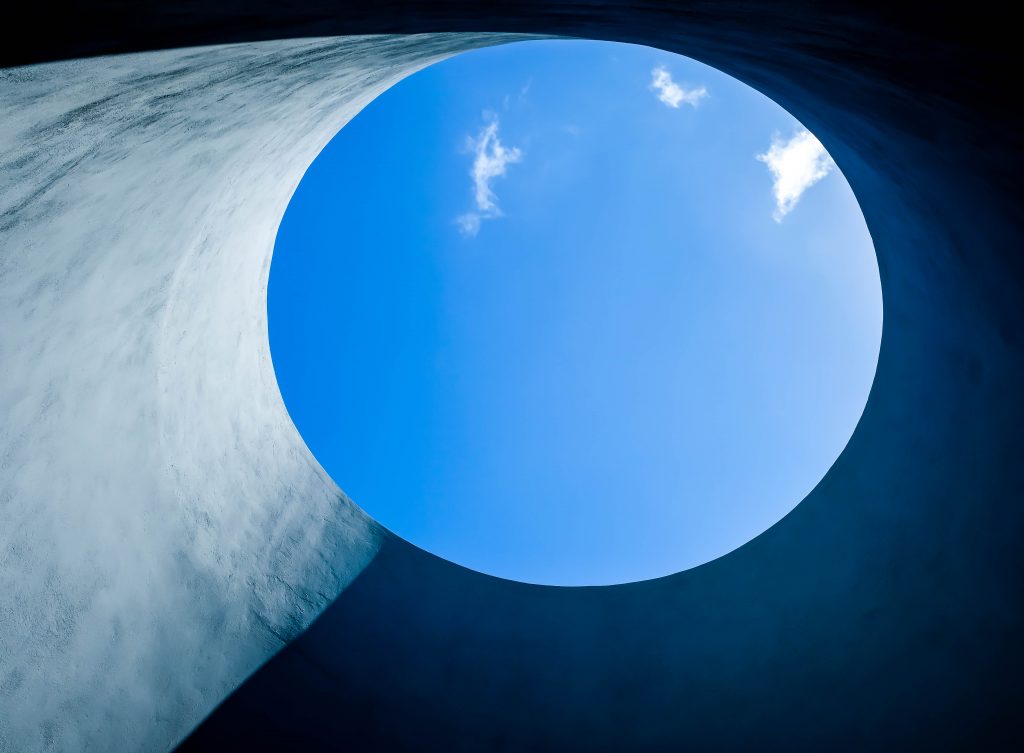 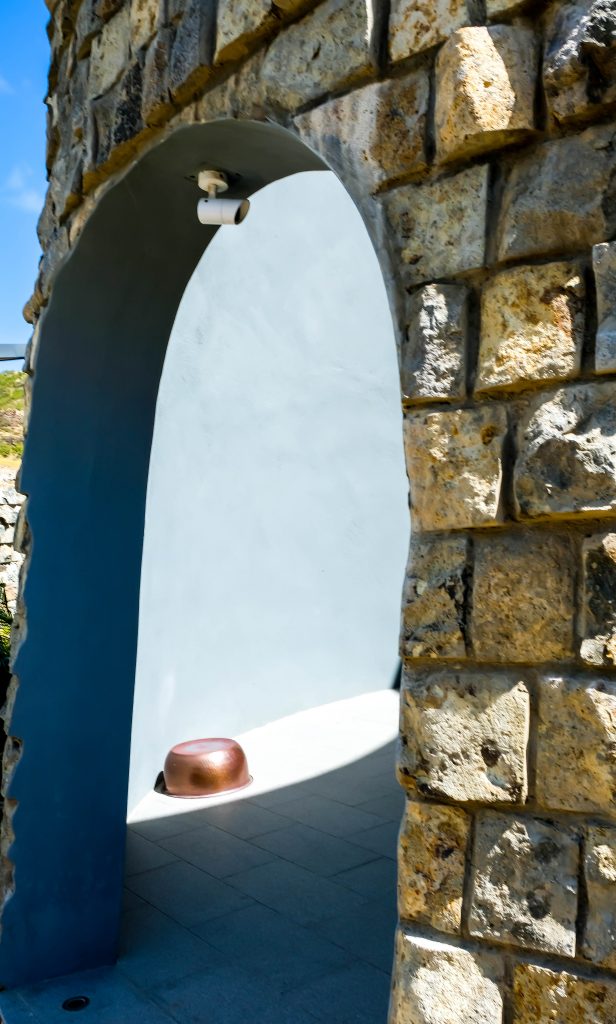 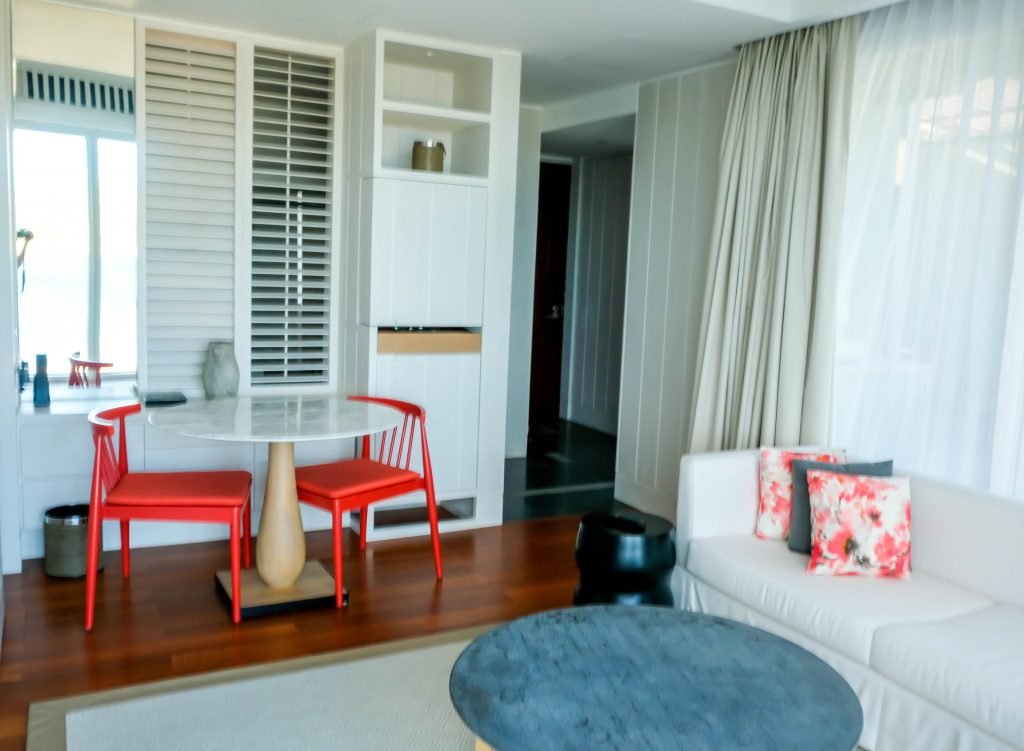 The property at the new Park Hyatt St Kitts is absolutely stunning!  It reminded me a bit of the Park Hyatt Mallorca, as it is built into the hills using local stones to keep as much of the natural look as possible. I found the food to be very good and the hotel does a good job of bringing it from farm to table as much as possible.  However, it can get expensive.  A basic salad was around $20.  The same for a sandwich/fries.  Dinner was more expensive and I probably spend $80 on dinner without alcohol.  Would I return?  In a heartbeat!

It was quite an adventure getting home, which has nothing to do with the hotel.  I was flying back the way I came – Seaborn Airlines to San Juan, then United Airlines to Houston.  I had no problems with immigration at the airport and checking in went fairly smoothly.

It’s kind of hard to tell which airplane is yours at the St Kitts airport.  Planes are parked on the tarmac and when it’s time to board, you are escorted to your plane by airport personnel.  I saw a couple of Seaborn planes, and it never dawned on me that none of them were ours.

When it was time to board, the gate agent called us up and announced that there was no plane, there would not be a plane and we had to go back through immigration and head to the check-in area to change our flights.  Apparently, there was a mechanical problem with our plane.

This was a Tuesday morning.  I was told the earliest they could get me off the island was Friday.  FRIDAY. Say what?

I had found a Delta flight that was leaving that afternoon, but for some reason, they wouldn’t put me on that flight.  After much back and forth, I stepped out of line and bought myself one of the last seats on that flight just to make sure I could get off of the island.  It was heading to Atlanta, then I would connect from there to Houston.

Then I had to locate my checked bag.  To do that, I had to go outside, walk down the driveway a bit and find a narrow doorway with no sign.  I asked a woman, who I assume was security if I was in the right place.  She just gave me a death stare, then pointed for me to go inside and off to the right. I figured I was either going to jail or getting my luggage, so why not throw caution to the wind? Luckily a very nice gentleman told me I was indeed in the right place and he helped me find my luggage.

I had gotten to know my fellow stuck travelers pretty well since we had lots of time to talk while waiting.  Several of us decided to head to lunch at the hotel where Seaborn was sending passengers who were staying overnight.  This is where I decided I had definitely made the right decision by purchasing my flight to leave. The hotel was not one I would have picked for myself.  I’m not going to mention or review it since I did not stay there, but from what I heard from my fellow passengers, I was happy with my decision. After a not-so-quick lunch, I had to turn around and head back to the airport. 10 hours later, I made it back home!