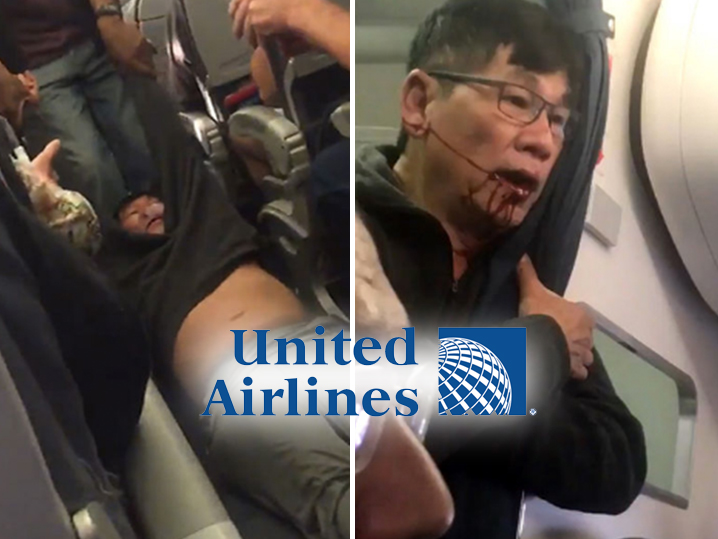 Unless you’ve been living under a rock during the last two days, you’ve probably heard the news about the passenger being physically dragged off a United flight on Sunday.  So many things had to go wrong for this to happen, so let’s take a look at the facts.

Who was Really in Charge?

The series of events for the horrible treatment of a human being is just not because of one person.  Where was the Captain?  The Flight Attendants? Gate Personnel? Head of Security?  Did this poor man get medical help as blood was dripping down his face?

I have even more questions.  Why is the bad planning of getting these four United employees to their destination more important than that of the revenue generating passengers who depend on United to get them to their destination?  Think about how you book your travel – you look through the available flights and pick the flight that works best for your schedule.  You assume that if you show up at the right gate on time, get on the plane and sit in your seat, you are going to get to your destination. Sure, there are problems with weather altering plans, but this was not that situation.

That is the worst ‘apology’ in the history of apologies.

I live in the Houston area and United has been my airline of choice, but I am so disappointed in how this entire event was handled.  Ever heard the term ‘throw some money at the problem’?  Gate personnel could have gone higher than $1000 before booting passengers off of this flight.  Easily.  And I guarantee someone would have taken a higher number.  The amount of bad press that this incident is causing will cost the airline way more than what it would have cost to accomplish getting their employees where they needed to be without bashing someone’s head in.

This comes right on the heels of the Leggings fiasco, which was so stupid and honestly actually not United’s fault, but also could have been managed much better.  Family members who are flying on non-revenue tickets do have to adhere to a dress code.  These were just not random teenagers.

United Airlines, are you listening?